A multifunctional high-performance clearing system of progress, the Jetbroom Series, and its iconic one-piece heavy-duty chassis, was built for extreme and engineered for efficiency. The over 20 ft long brush is equipped with the new and patented Quattro-Jet, a system that enables a larger clearing width and an accelerated work speed. A system that makes the Jetbroom the most powerful work tool of today.

The new Jetbroom Series is more than an evolution, it represents a fundamental reengineering of the Jetbroom concept. The new cutting-edge technology is made of two blowing unit systems: one behind the broom and one in front of the broom, the new and patented Quattro-Jet system. While the accelerated rotation of the broom lifts up snow, slush or water, the 4 jet nozzles fixed in the front of the broom blast everything lifted to the side. The second blower unit, placed behind the broom, blows off any leftover leaving behind a perfectly clean, nearly dry surface.

At the core of the Jetbroom is its chassis. A unique piece of steal, shaped and built to carry the weight of the machine and its powerful equipment. Available in 2 or 3 axles, the chassis is offset upwards between the front and back axle allowing space for the 1.17 m / 4 ft diameter broom and the Quattro-Jet system unit to attach. 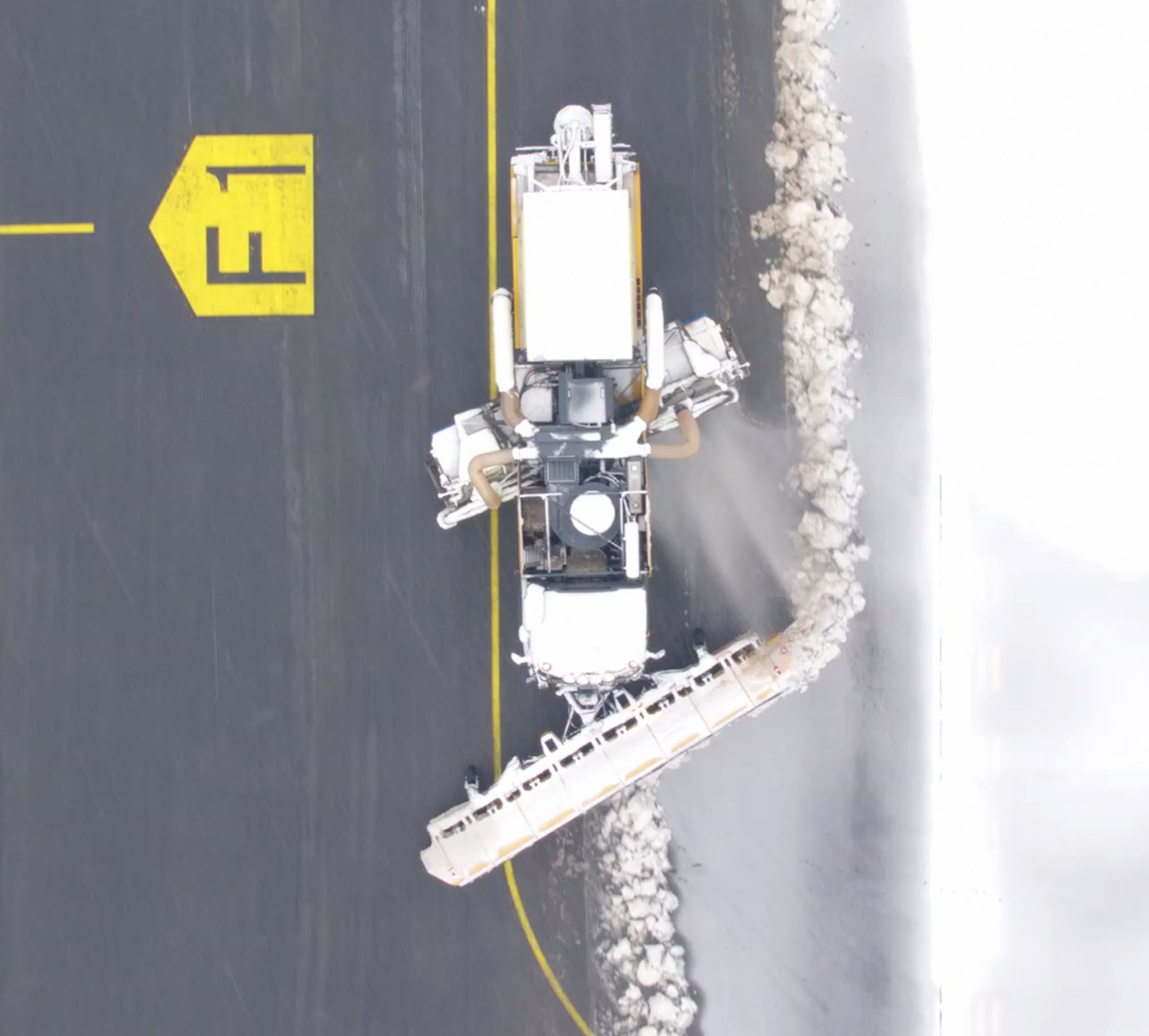 Designed to be compact, the all-axle drive Jetbroom and its powerful lines pushes the boundaries of extreme

The agility of dynamic all-wheel steering

By bringing all wheels into the equation, the dynamic all-wheel steering of the Jetbroom improves minimal turning radius and stability during high speed operations. 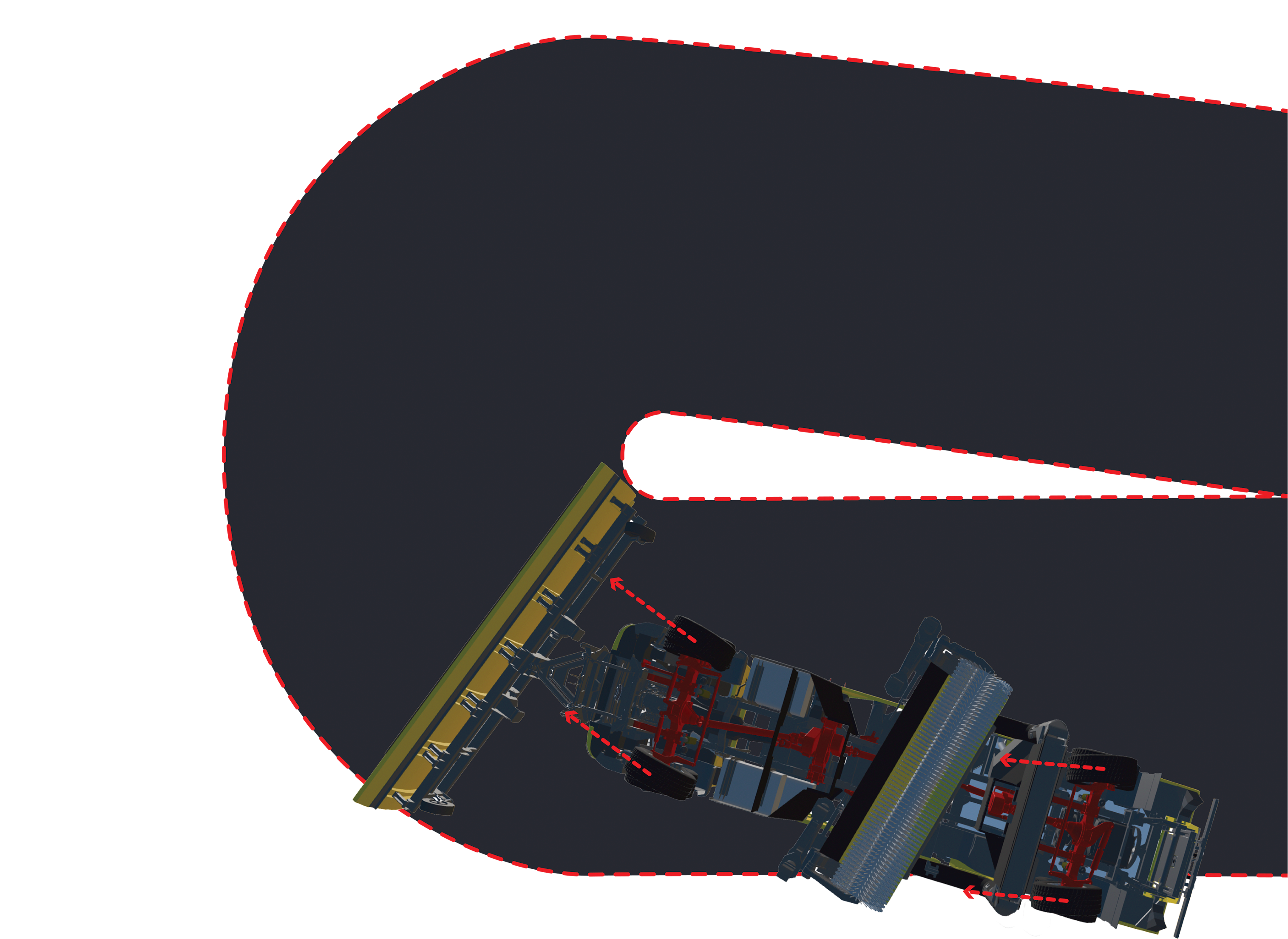 A cabin fit for a pilot

All year round efficiency

The Jetbroom Series was designed to respond to your needs all year round. To reduce the risk of foreign object damage (FOD), the Jetbroom Series offers different configurations and equipment, making this one machine the largest high-speed clearing machine on the market. By reversing the blower unit into a suction unit, the sweeper-blower turns into a high-performance sweeper with a powerful suction and a cleaning width of 4.2 m / 14 ft. Remove the leftover glycol quickly in between aircraft deicing with the Jetbroom Series’s efficiency, a machine fully adapted to today’s modern aviation. 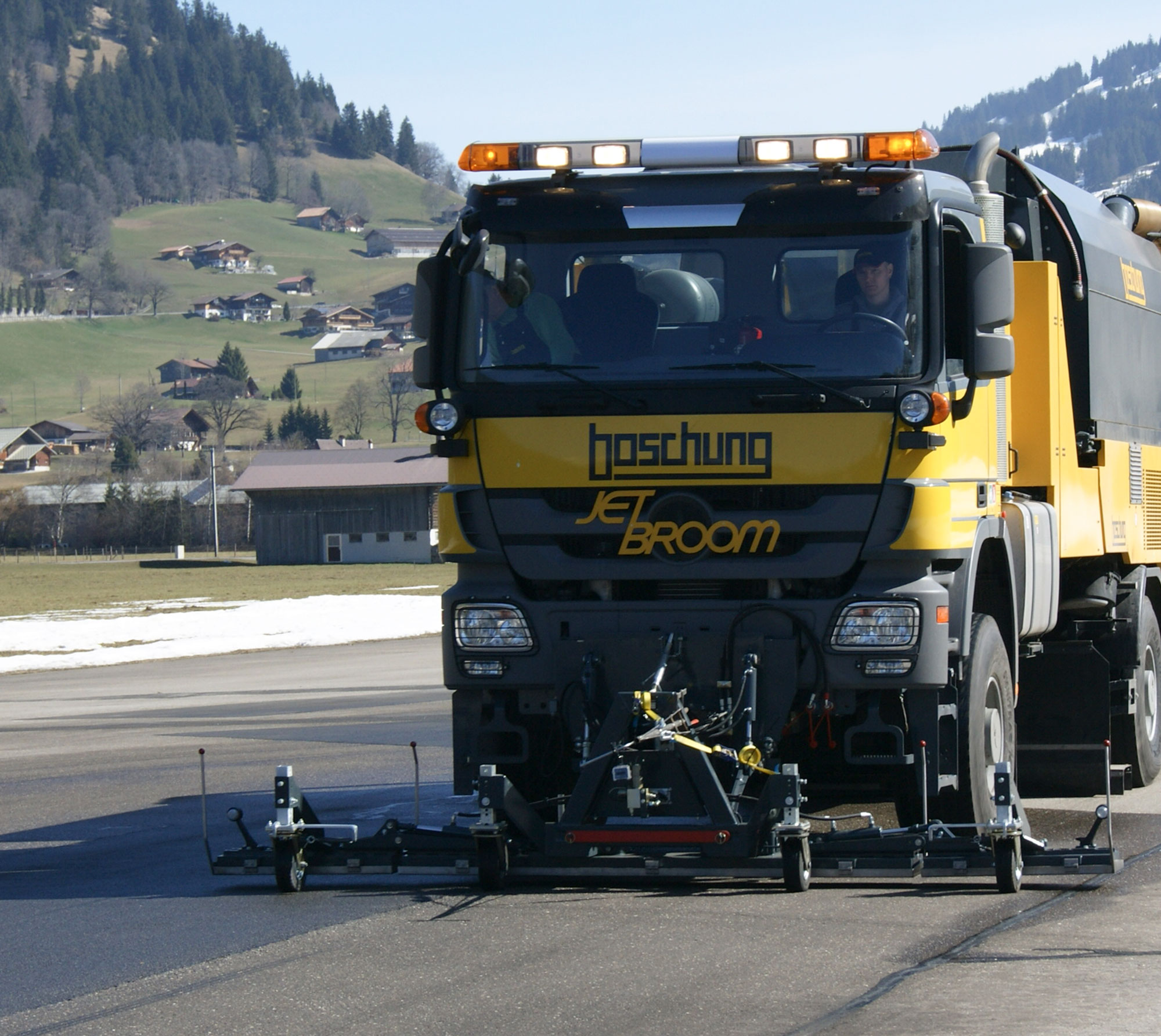 With the refined engineering of Boschung and the limitless possibilities of today’s connectivities, bVision, the Boschung Road and Runway Management platform gives you the keys to dominate the seasons. Experience the connection of tomorrow and bring together all the tools you need for smart decision making on your runway. 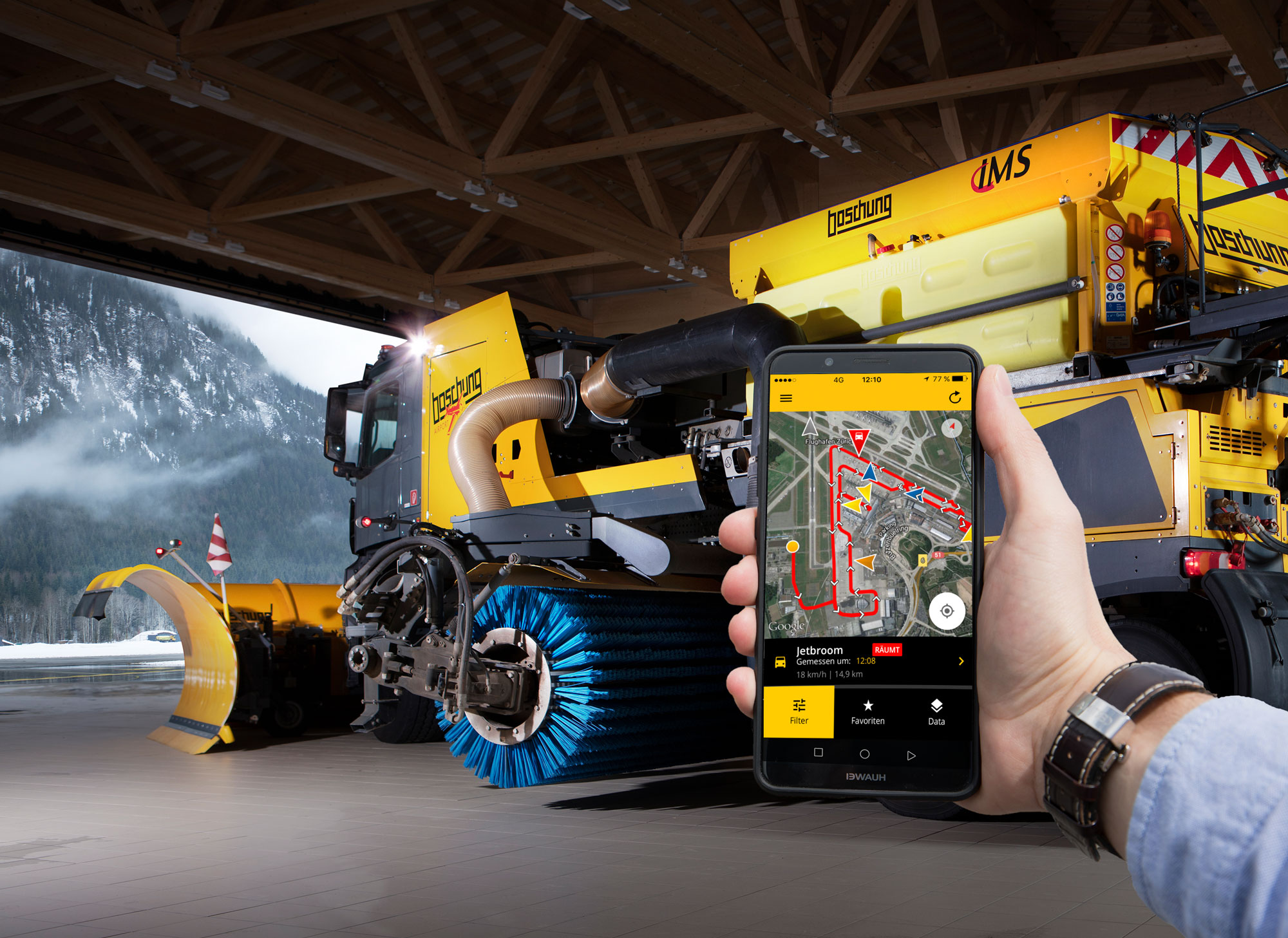 The advanced de-icing technology of the Jetbroom Series 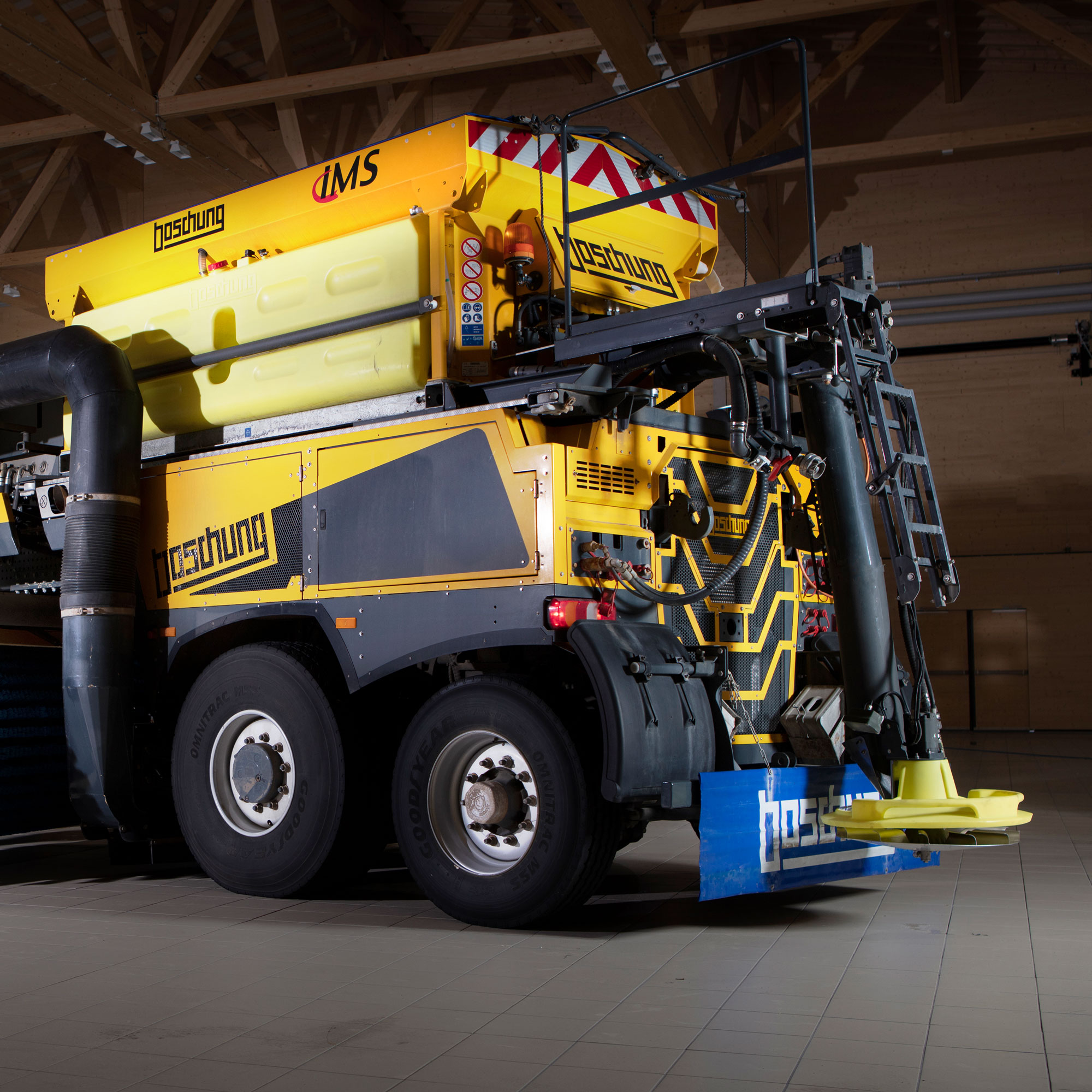 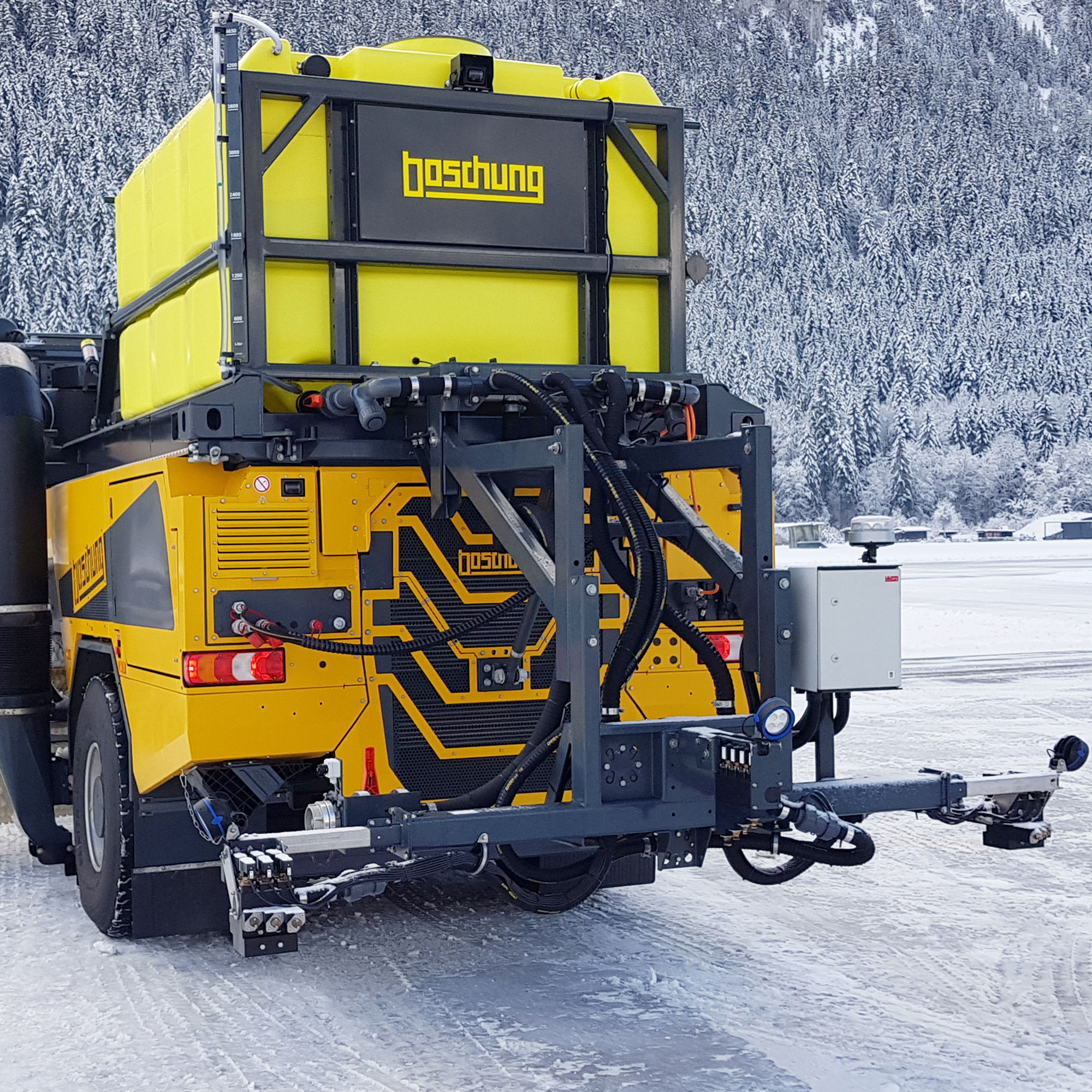 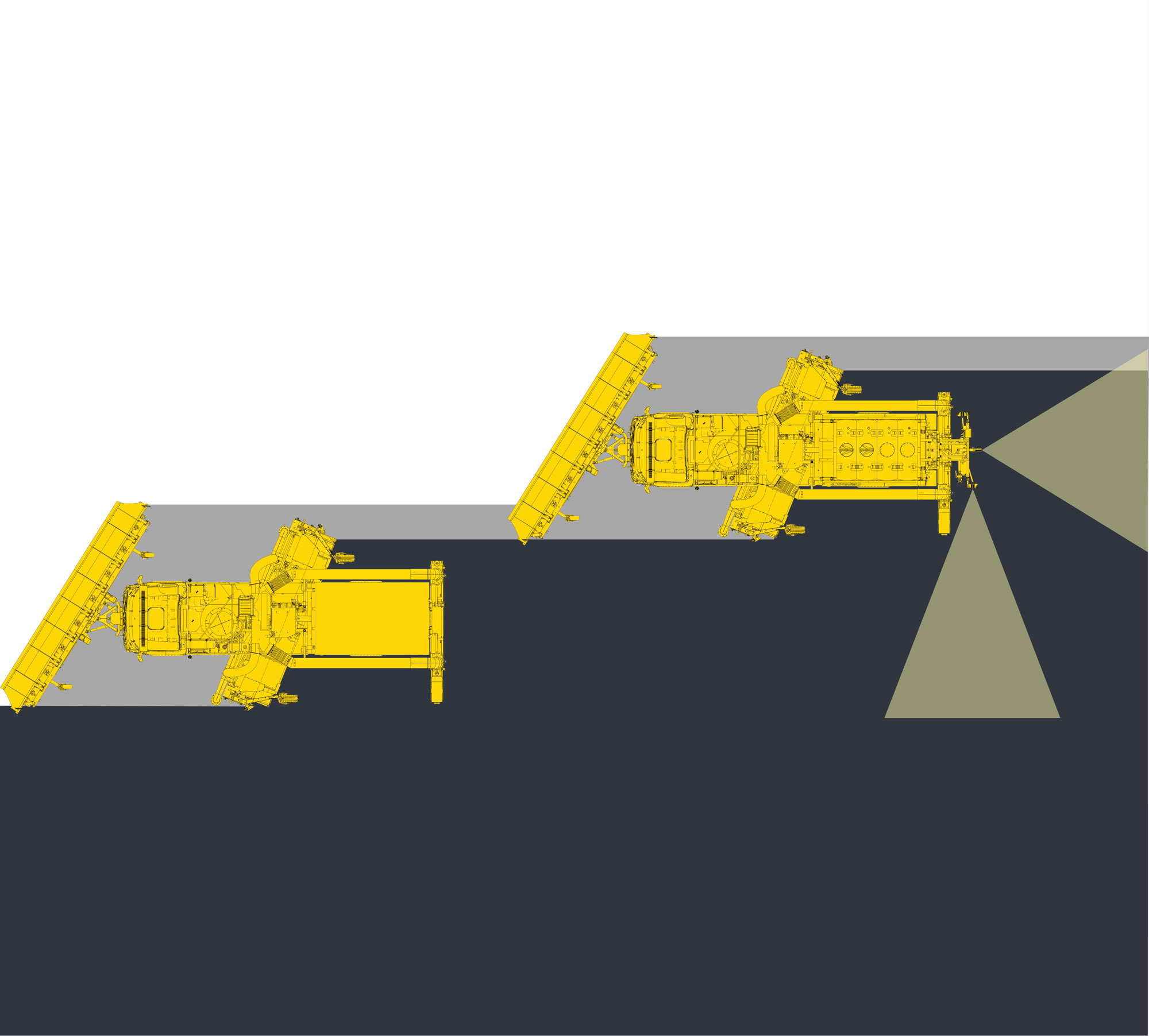 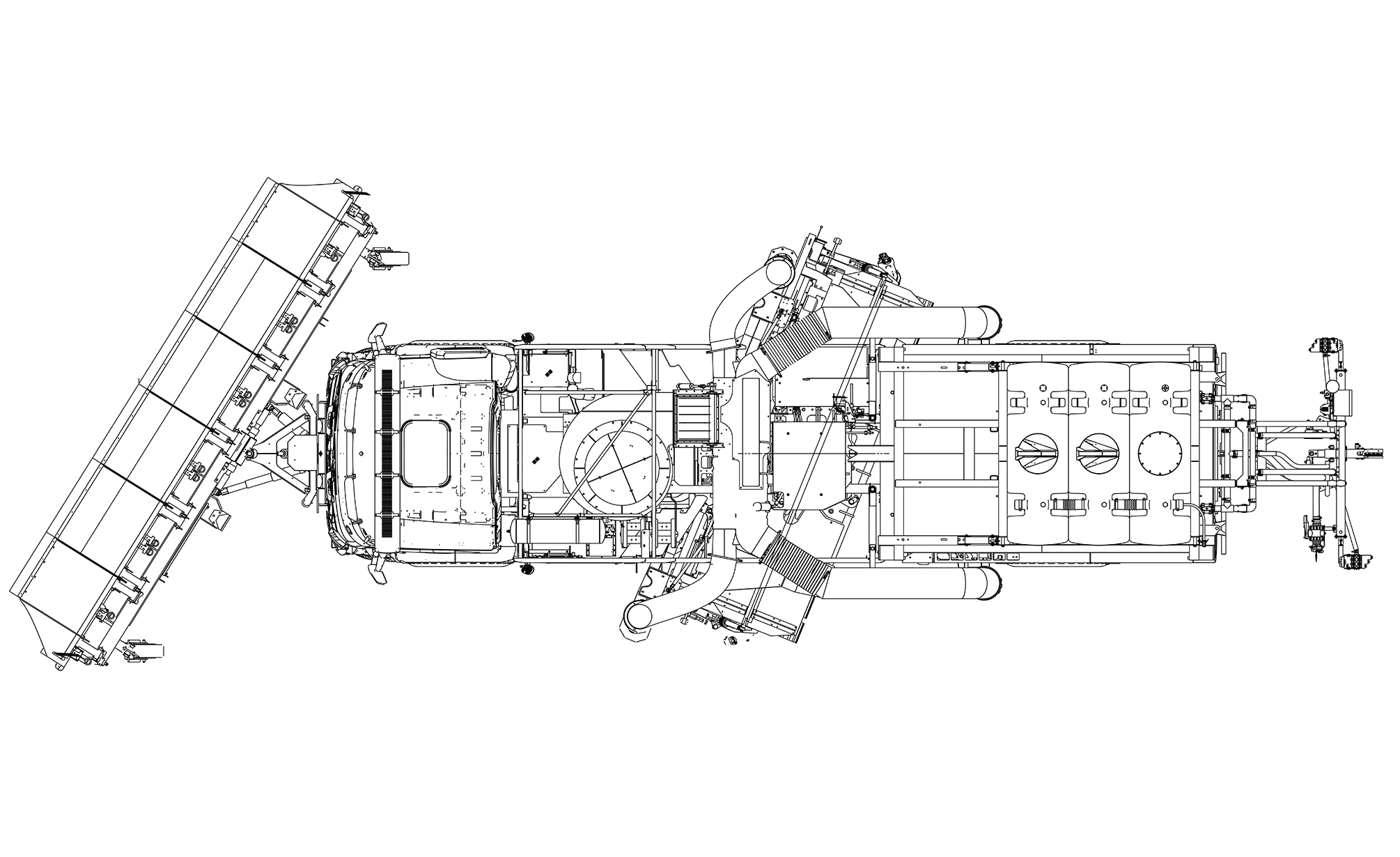 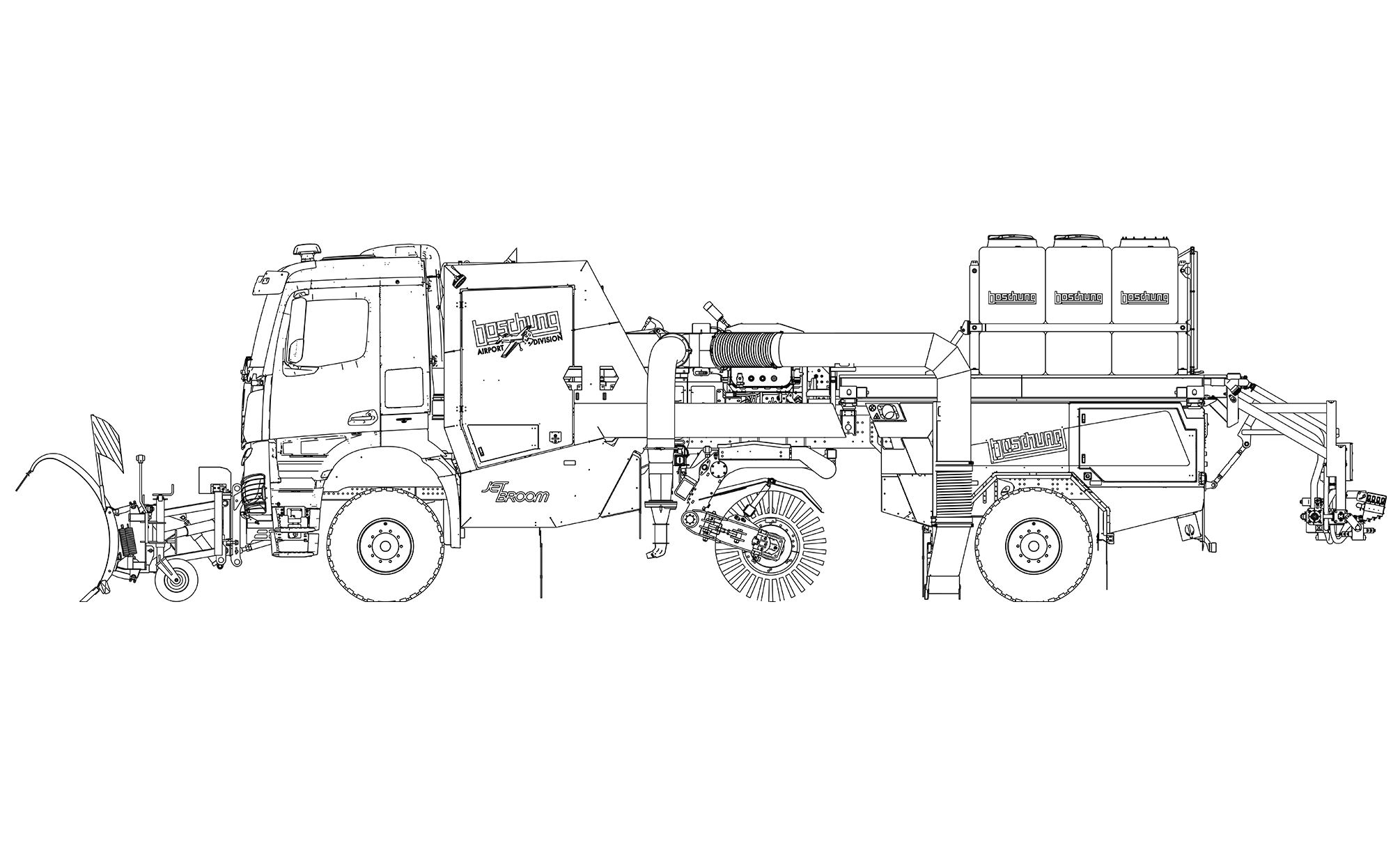 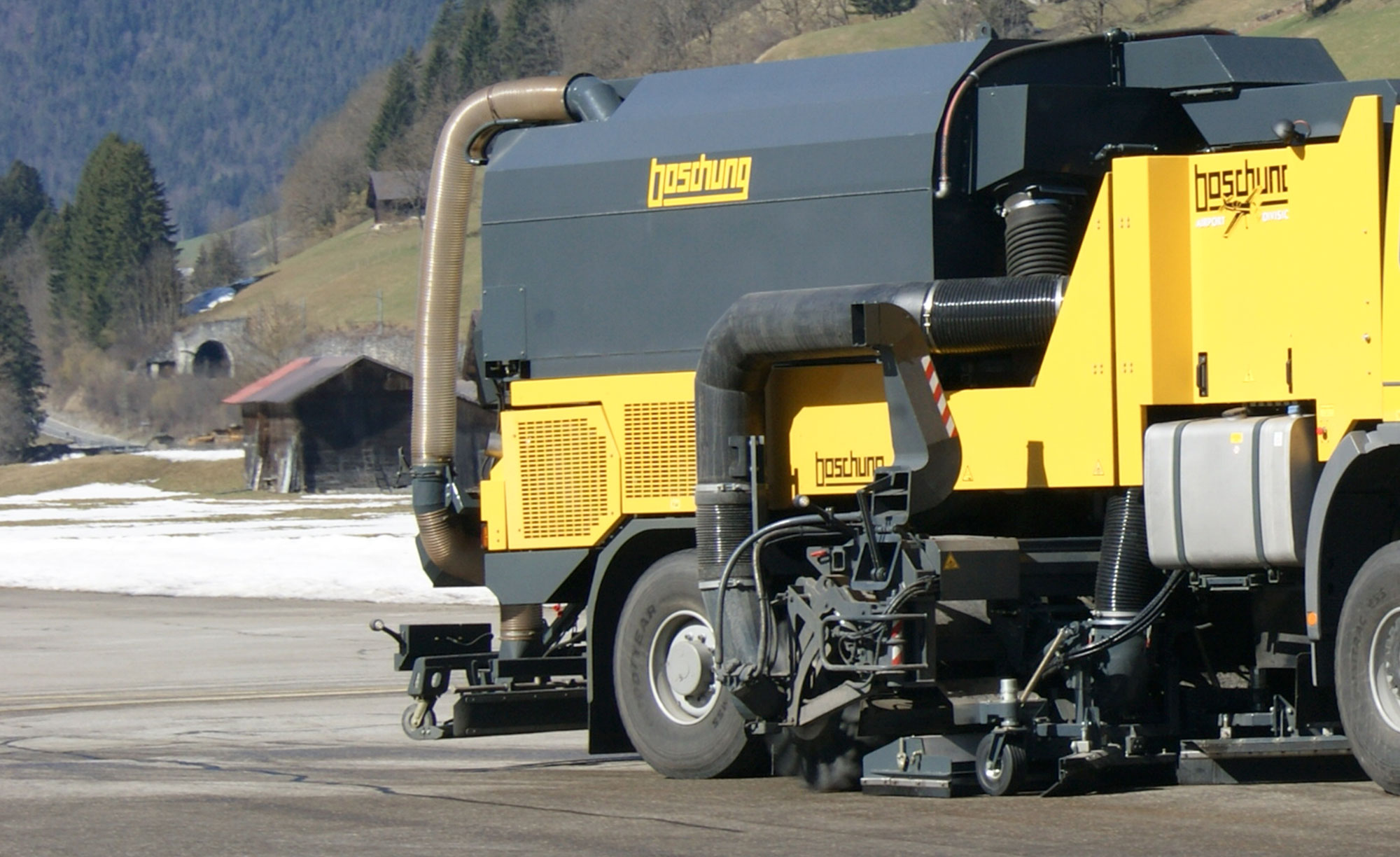 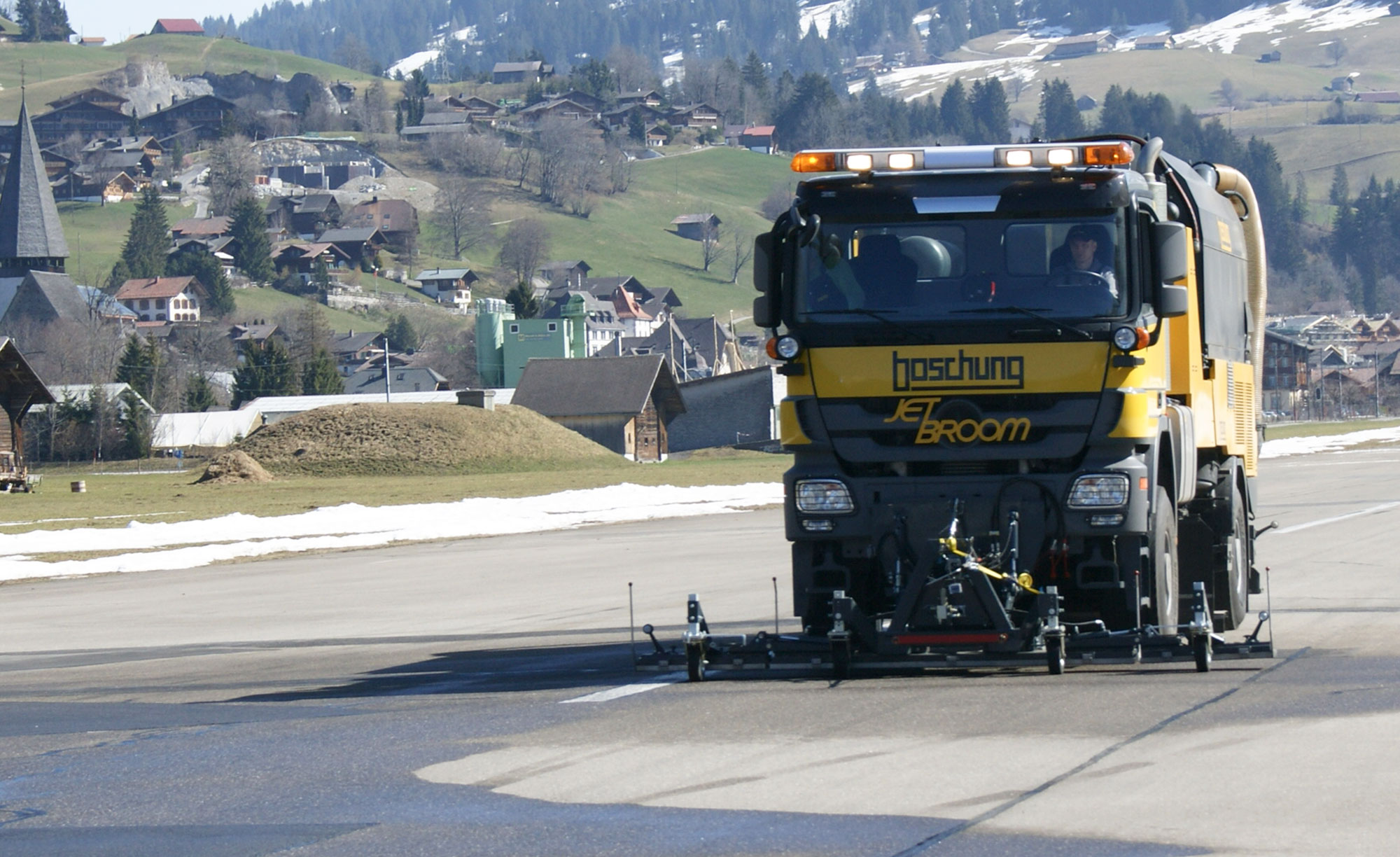 Prevent accident and remove any metal object from your surface. 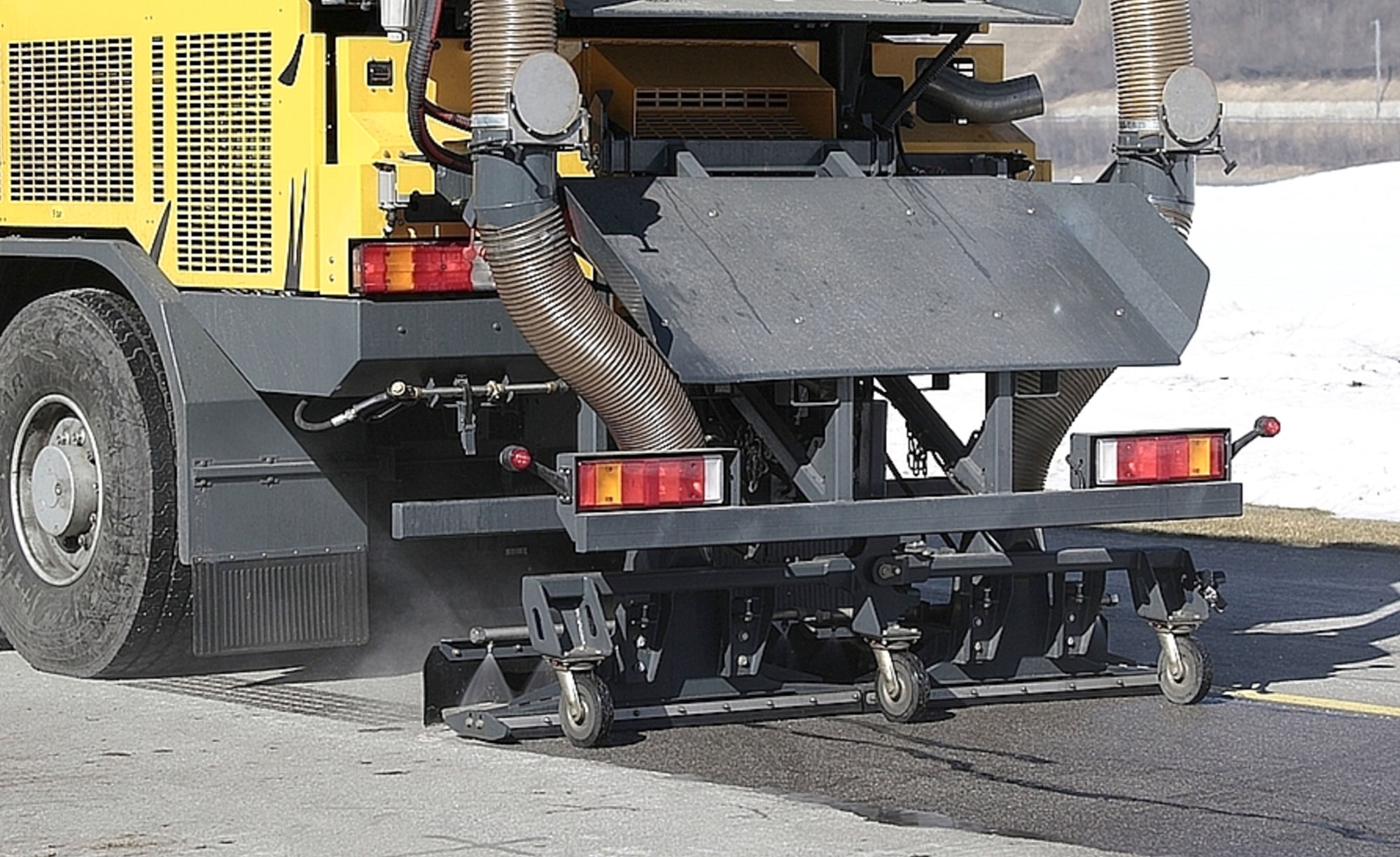 Clean any leftover liquids such as water, oil, glycol and more of your surface with the Jetbroom rear suction unit. 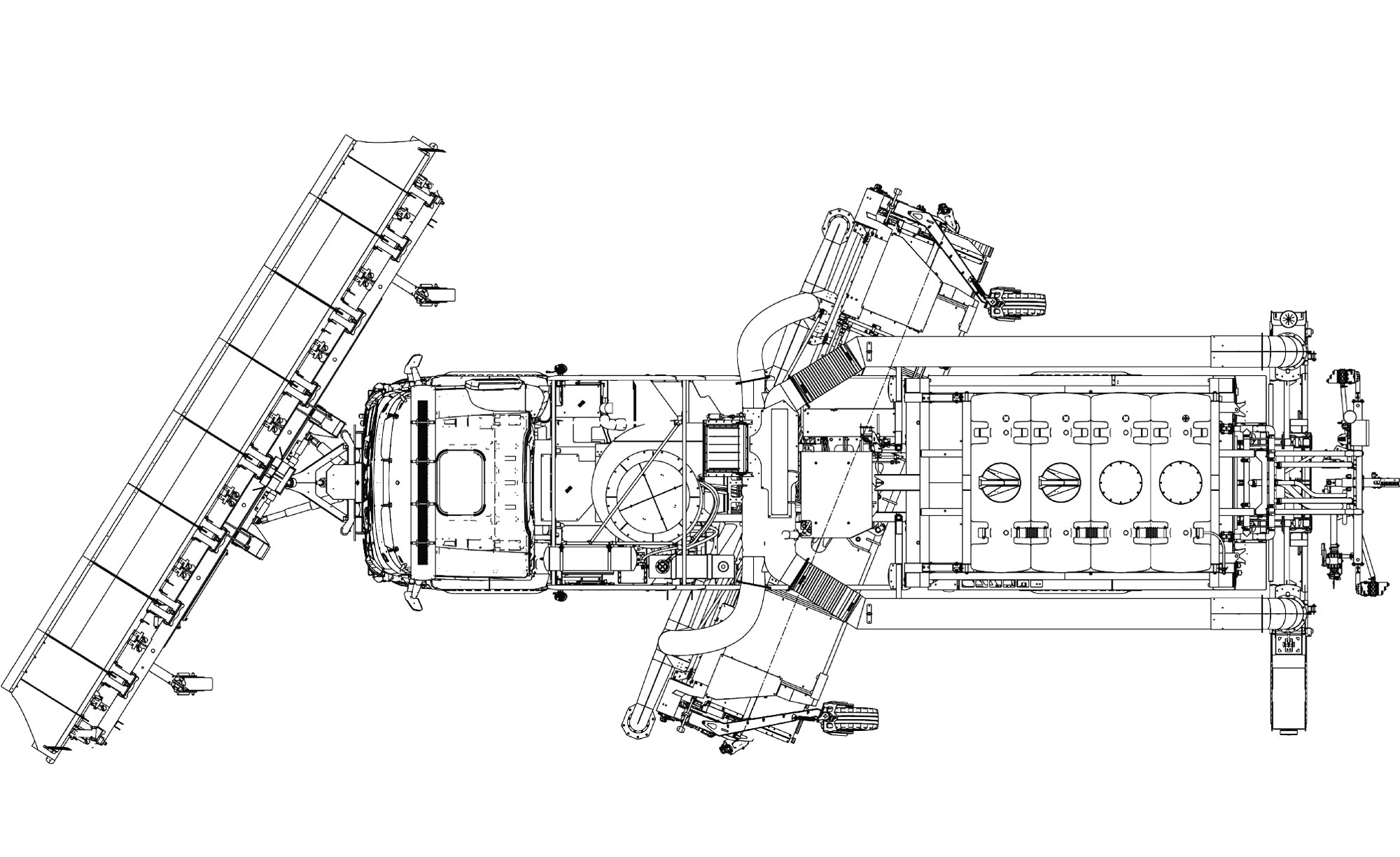 The Jetbroom winter kit consists of:

Second air blower available behind the broom or at rear 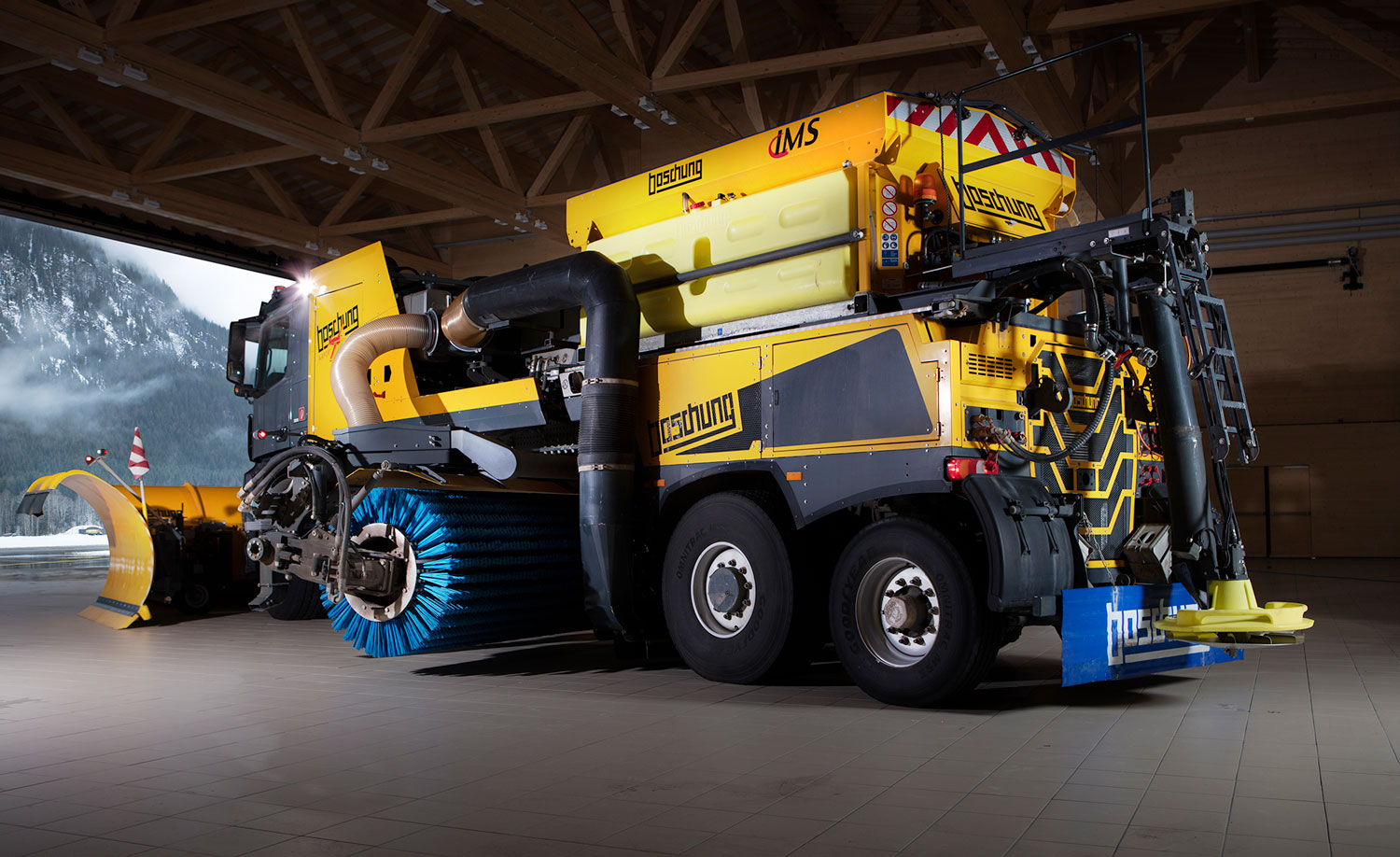 The Jetbroom comes with 3 de-icing
possibilities: 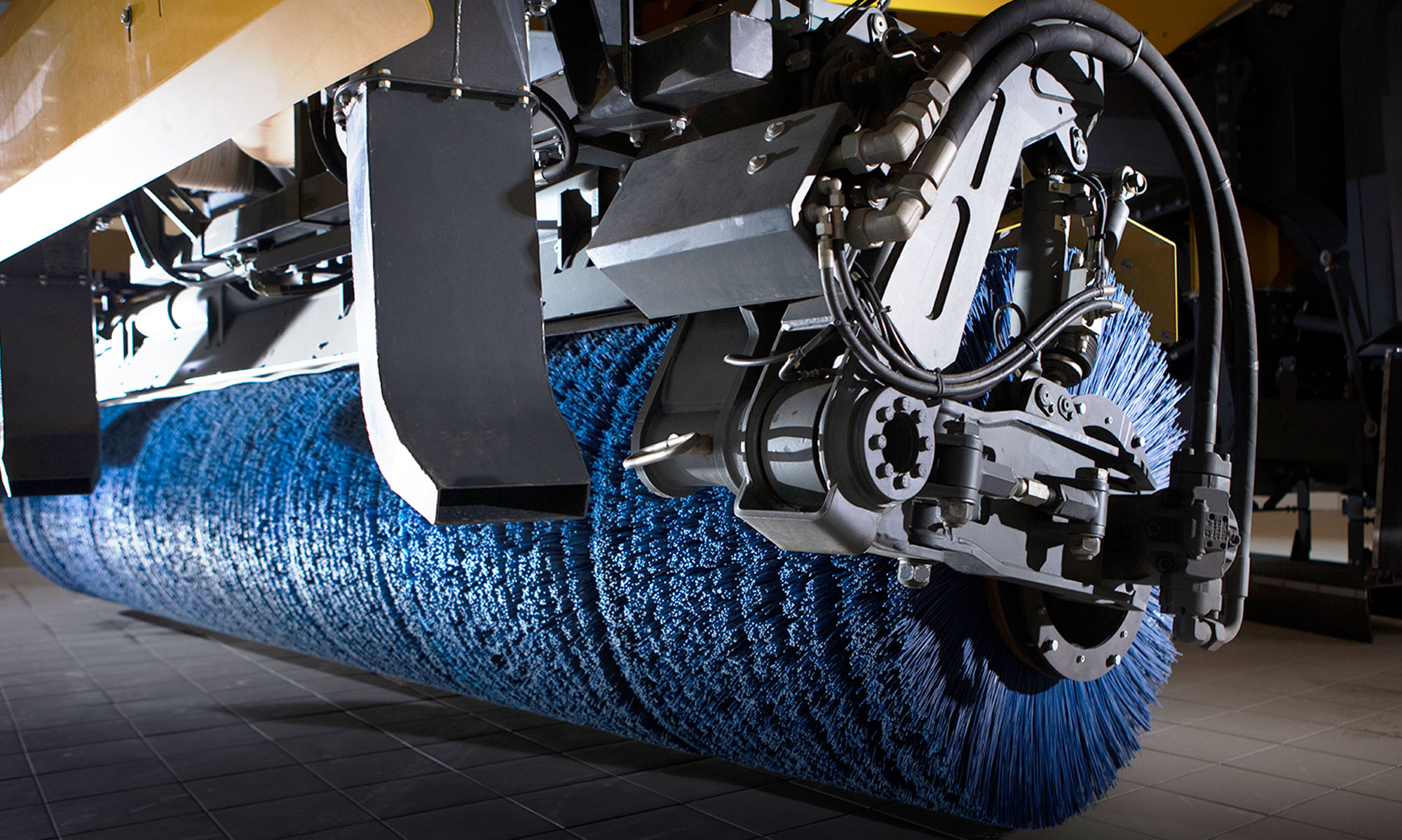 Talk to someone about the Jetbroom